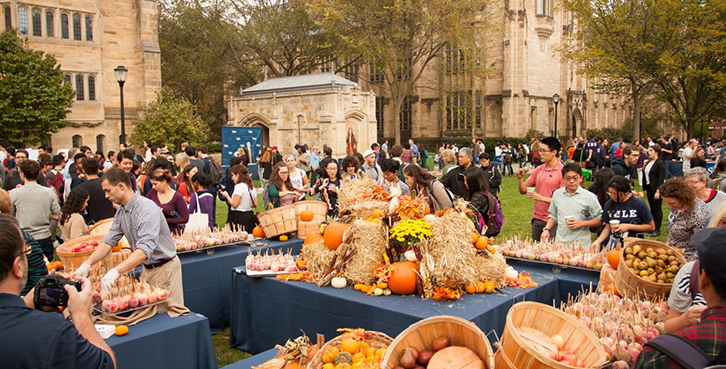 Yale University has a dynamic history dating back to the early 18th century. One of the earliest institutions of higher education established in North America, it was the first to have service to society explicitly inscribed in its founding legislation, a place “wherein Youth may be instructed in the Arts & Sciences who through the blessings of Almighty God may be fitted for Publick employment both in Church & Civil State.”

That language is found in “An act for Liberty to erect a Collegiate School” enacted by the Connecticut colony in New Haven on October 9, 1701, marking the establishment of what has grown to become the Yale University of today.

In the spirit of celebrations of previous generations, the presidential inauguration events of 2013, and in keeping with the spirit of encouraging everyone from all parts of campus to explore and embrace all that the university has to offer, Yale began a new tradition in 2014 with a “Founders Day” event for students, faculty, and staff, to be held annually on a day close to the anniversary of the 1701 founding.